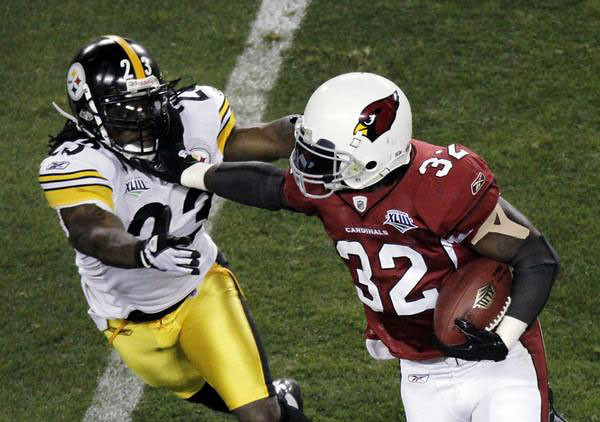 In between naps on Thanksgiving, I had a few people asking me what that weird tape was that a bunch of different football and basketball players were wearing.  Some had it on their forearms and knees, others had it peeking out of their shoulder pads down their arms, and a few others had on their neck.  You see it often in the Olympics as the best athletes in the world compete with pink, blue, and black tape on their joints and muscles.  SO WHAT IS IT?!?

It is called KinesioTape (KT Tape, Rock Tape, a bunch of other brands sold on Amazon as well) and is more than just for fashion.  KinesioTape is a flexible, elastic tape designed to help relieve pain while supporting muscles, ligaments, tendons, and joints during movement and activity. The tape provides external support to allow someone to remain active while still dealing with an injury.

“It’s just a piece of tape.  That doesn’t work.  It is just a placebo.”  I hear that a lot.  A quick reply is “well, if it worked for Kobe Bryant, Tiger Woods, Serena Williams, and hundreds of Olympians, maybe we can try it on you Mr. Jones.”  BUT, let’s dive a little deeper into HOW AND WHY it works.

Growing up, you may remember your parents telling you to rub a little dirt on an injury.  Hit your funny bone?  Rub it really fast for 30 seconds.  Even a parent’s kiss always makes a boo-boo feel better. Who knew there was a little physiological science behind all of that?

It used to be that scientists thought there was a direct correlation to injury and pain.  A certain injury should cause a certain amount of pain.  But then LIFE happened and we saw incredible feats that no one could explain… Walking on hot coals for rituals…a boxer somehow still on their feet after taking a beating…marathon runners breaking records… as examples.  According to Gate Control Theory of Pain, the pain signal is transmitted TO the brain FROM the pain area by using a ‘gating system’ in your peripheral and central nervous systems.  The theory proposes that these pain signals can be influenced by impacting the gate system in two ways.

First, you can impact the nerve impulses coming FROM the brain that can interfere with the signals headed TO the brain.  These impulses include emotional and psychological factors such as beliefs, memories, and prior experiences to similar situations.  These input examples include convincing yourself you are fine after a bad football hit, to thinking happy thoughts and positive memories during a surgical procedure, and repeating to yourself that ‘you are fine’.  Mind over matter.

The second way of impacting the perception of pain is to add other signals going TO the brain ALONG SIDE of the pain signals so they can compete with the sensory information to mess with the way your brain perceives the pain.  ***If you stimulate another area of the body in a different way, that signal competes with the pain signal for messages being sent to and from the brain.  These non-painful inputs include rubbing an injured area, applying pressure to the area, and applying a sustained stimulus like KinesioTape.

The cool thing about this ‘competing of signals’ is that the gating system only allows one signal at a time to actually reach the brain.  The good news is stimuli like vibration, pressure and touch get preferential treatment over pain signals based on the anatomy of the Spinal Cord tracts.

So how does KinesioTape work then?

A trained professional can choose from over a hundred specific protocols to apply the correct amount of stretch and support for an injured area. By stretching KinesioTape a certain way during application, the tape in a sense continuously alters and decreases the pain signals by continuously stimulating the area using KinesioTape.  An added benefit is that as you move, it stretches and moves with you, so your normal movement does the job of stimulating the injured area on its own.  The proper application of the KinesioTape allows for a person to get continuous proper blood flow, lymphatic drainage, and some support of the strained muscles without being restricted by the ‘old way of taping’ an injury like an Egyptian Mummy or like a cast.

***Disclaimer…please do not try to apply KinesioTape to yourself.  I know you can buy it on Amazon, but if applied improperly you could hurt yourself.

Who can benefit from KinesioTape?

Most people who have a pain caused by movement and strain could benefit from having a professional properly apply KinesioTape.  Low back pain and Shoulder irritation are two of the top complaints where I utilize KinesioTape in my practice to help the patient along in their treatments.  Many pregnant patients and those suffering with Plantar Fascia issues love the support the KinesioTape provides as well.  If you or someone you know could benefit from getting out of pain and living the best life possible, give me a call at (973) 477-3470 for more info on how KinesioTape in conjunction with Active Release Technique can help.

Why can’t anyone fix my back problem?